What is asbestos and how can I identify it?

Asbestos is the name for a group of naturally occurring silicate minerals which share a similar crystalline structure with extremely long, fine, silicate fibres which are prone to fracturing into smaller pieces. These minerals have been mined from the earth since ancient times and incorporated into other products due to their excellent properties of insulation and fire resistance.

In modern times the number of materials asbestos is used in has exploded from building materials to clothing to asphalt. Due to it’s favourable properties and widespread use in construction it has been labelled as a ‘miracle fibre’ and it’s name ‘asbestos’ derived from the ancient Greek word for ‘inextinguishable’.

However, it has since become clear that that breathing in the microscopic silicate fibres can lead to a variety of asbestos related diseases and lung cancer making it a serious risk to public health.

In it’s pure form asbestos is a brittle, fibrous mineral of various colours from white to grey to brown. There are six types of asbestos minerals with different uses. Chrysotile, or white asbestos, is the most common type making up 90% of asbestos production. How common is asbestos ?

Australia had one of the highest rates of asbestos use in the world up until the mid-1980’s when it’s negative health effects became well known leading to severe restrictions in it’s use and eventual ban on asbestos products in 2003. It is not only present in ‘fibro’ homes but can be present in any type of building, in fact the Asbestos Safety and Eradication Agency estimates around one-third of all homes built in Australia contain asbestos products. Asbestos products are very likely present in homes which have been built or renovated between the mid 1940’s and 1980. To break it down, the likelihood a home contains asbestos if your home was built: The difference between friable and bonded products is the hardness and ability to break the product down. If the material can be crumbled or damaged with your hand it is classified as friable. Bonded products are considered safer as the asbestos fibres are glued down in a stable matrix such as in wall cladding or tiles. However, bonded products may become friable with age as they are exposed to the elements and begin to break down. The most common forms of bonded asbestos are as follows:

How to identify asbestos products

We can be fairly certain that certain building products produced between the mid 1940’s and 1980 contain asbestos. However the only way to be sure a product is free of asbestos is to have it tested at a specialised asbestos testing lab. Unfortunately you cannot tell if a product contains asbestos just by looking at it.

Even buildings which have had their asbestos containing materials removed, can unknowingly be contaminated with traces of asbestos dust.  This is usually because the proper work practices have not been followed when asbestos materials were removed and the material has cross contaminated other surfaces. Asbestos dust and other ‘friable’ forms of asbestos are the most risky as they can easily become airborne when disturbed leading to inhalation of asbestos fibres. Thankfully, although invisible to the eye, it is fairly easy to test for the presence of asbestos fibres.

It is also common for asbestos materials in older homes to have been covered up with carpets or tiles rather than being removed. Sadly this is now a common hazard in home renovations. In most cases exposure can be avoided simply by being aware of asbestos materials, employing the proper safety equipment and/or engaging a professional.

If you are unsure then we recommend that you do not disturb the material and seek a professional opinion as asbestos is only dangerous when disturbed or damaged. 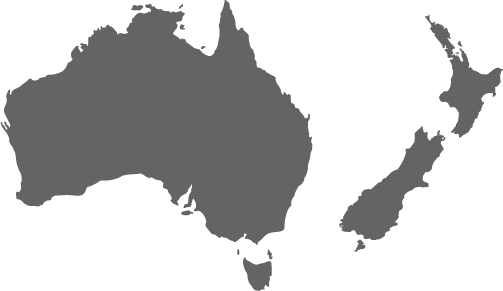